ACTRESS, political activist, herbalist and charity campaigner Hilda Leyel is one of the great unsung heroines of the First World War. Thankfully, her legacy lives on in Lancashire.

Hilda was to play a central role in the creation of the Westfield War Memorial Village for disabled veterans in Lancaster, but what is less well known is that her efforts on behalf of the war’s wounded would result in her arrest and ultimately conclude in the rewriting of the rulebook for future generations of charity fund-raisers. 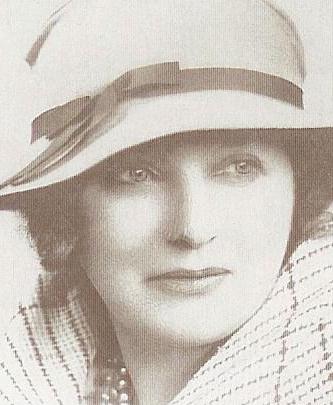 Born Hilda Wauton in London in 1880, she was the daughter of a master at Uppingham School in Rutland. As a child she had been a keen collector of herbs and flowers and was to go on to study medicine. However, before the turn of the century – and while still at the tender age of 19 – she married a young Swedish nobleman called Carl Leyel.

She had met Carl courtesy of her role as an actress in the then well-known Benson troupe; an organisation for which he had been working as secretary. The couple would go on to have two sons, both of whom were too young to serve in the conflict that ripped the world apart between 1914 and 1918.

In the pre-war years Hilda had been an Honorary Treasurer of the Actresses Franchise League (AFL) established in 1908 to promote female enfranchisement and suffrage via education, the sale of literature and staging of plays. By the outbreak of the First World War, the AFL – which neither supported nor condemned militancy – could boast a membership of 900. During the war years it put its suffrage work on hold and formed an organisation called Women’s Theatre Camps Entertainments, which performed at camps and hospitals where troops were gathered. It is presumed that it was as a result of this work that Hilda became involved in the care of wounded servicemen.

At the end of the war she maintained her commitment to helping disabled veterans and their families; coming up with the idea of a ‘Golden Ballot’ in 1920. More than £250,000 was generated by what is thought to have been the first-ever charity lottery, and one in which the winners could receive a sum in the region of £25,000. The figure was so life-changing it resulted in Mrs Leyel being described as “a fairy godmother” in the popular press.

Among the beneficiaries of the first ballot was a new industrial settlement for disabled men at Preston Hall, in Kent, that had been purchased by an organisation called Industrial Settlements Ltd. This body of wealthy philanthropists had been set up to support the dream of a Lancashire landscape architect called Thomas H. Mawson. Mawson’s vision was to create bespoke villages in which disabled veterans could live in attractive and healing surroundings complete with employment opportunities that would enable them to be self-sufficient. 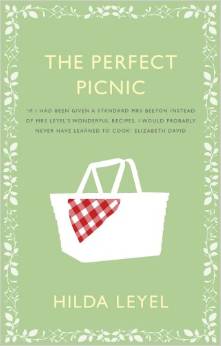 One of Hilda’s books on herbalism

What happened next, however, was quite incredible. As the organiser of the ballot, as well as the vice-chairman of the committee that ran it, Mrs Leyel found herself facing prosecution for the running of an illegal lottery under the rules of the Betting and Lottery Act. Summonses were issued and Hilda opted for a trial by jury in 1922. After successfully arguing that the ballot was purely run for charitable purposes, and that without it many former soldiers and their families would be suffering, the case against her was overthrown. The result ensured that ballots held solely to raise funds for charitable causes would, from this point forward, be deemed legal across the whole of the United Kingdom. Mrs Leyel was the heroine of the hour – and had changed the face of charitable fund-raising forever.

Sadly, the disabled settlement at Preston Hall would quickly fall into difficulties and ultimately be taken over by the British Legion, but in the meantime she had been persuaded to hold a second Golden Ballot to help fund another of Mawson’s disabled villages – this one on the Westfield Estate in Lancashire. The land at Westfield, as well as large house and associated out-buildings, had been donated free of charge for the project by the wealthy Storey family of Lancaster.

Such was the size of Mrs Leyel’s financial input into the Westfield project, Herbert Lushington Storey (the philanthropist and member of the Storey family most closely associated with the village’s inception) was to state in a formal public address in 1926: “If I may be so bold as to say so… I am afraid if it hadn’t been for the assistance of my friend Mrs Leyel we should not have got very far with the [Westfield] scheme.”

For Hilda Leyel’s second ballot had resulted in a cheque for £20,000 being presented to the Westfield committee – a sum so substantive that £14,000 of it paid for 21 new properties to be constructed on the Westfield settlement, along with associated infrastructure such as roads, drainage and gates. The remaining £6,000 of her donation was invested in War Stock; the interest of which would support ongoing work on the community for many years.

In the later stages of her life Hilda’s name would become synonymous with herbalism as the founder of the Society of Herbalists. She wrote numerous books on the subject and campaigned against synthetic fertilizers. Dying in London in 1957, her only formal honor (a Palmes Academiques) came courtesy of the French in 1924.

However, the Westfield War Memorial Village at Lancaster remains fully operative nearly 100 years later and is still committed to supporting disabled and necessitous veterans of war. On the village are six conjoined properties known as ‘Leyel Terrace’.

0 You can find out more about the village at www.westfieldmemorialvillage.co.uk