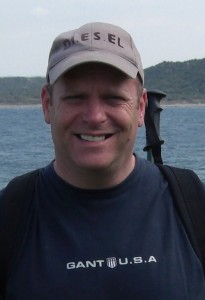 Ian Dawson: Finally over his sense of shock at the resignation of his beloved Alex Ferguson, the tenuous reign of David Moyes and early collywobbles of “the Dutch bloke”, the father of one has worked in the newspaper print industry for more than a quarter of a century; which is not that much longer than the period he has spent nursing his enthusiasm (or should we call it ‘obsession’) for the Great War. The proud owner of what must be one of the most extensive private libraries on the conflict, Ian has spent many years visiting the battlefields and walking in the footsteps of the men whose memoirs he values so highly. He has also been known to take small groups on bespoke tours of the battlefields of the Western Front. Ian’s interest in the First World War was initially sparked by the story of his great grandfather, Joseph Murphy, who served with the 15th Battalion of the Lancashire Fusiliers (The Salford Pals). Joe was killed on the opening day of the battle of the Somme as his platoon attempted to advance into Thiepval, and his body never formally recovered. The name ‘Joseph Murphy’ is on the memorial to the missing that stands sentinel over the very fields in which he was killed in July 1916. 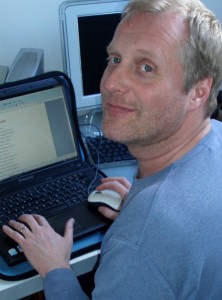 Martin Purdy: A former newspaper editor, but now reformed human being, Martin has spent a number of years working as a freelance First World War advisor for the BBC’s Who Do You Think You Are? Magazine. In 2008 he wrote a book for them (republished in 2013) explaining how to research a Great War combatant, and how to then use this information to plan a meaningful pilgrimage overseas. An academic historian, he has published papers on the Spanish Civil War, Gallipoli and the role and dilemmas of military chaplains serving in the trenches. Martin was a leading contributor to the recently acclaimed BBC Radio 3 feature ‘God In The Great War’ and was also invited to talk at an international gathering on the subject at the home of the British Army Chaplaincy Service. Presently completing doctoral research work with Lancaster University and the Westfield War Memorial Village, Lancaster, Martin is particularly interested in the issue of disability among ex-servicemen and philanthropy related to the conflict. Much in demand as a public speaker/lecturer, he is as happy talking to leading academics as community and school groups. Though old enough to know better, he plays in an ‘electro-folk-storytelling’ outfit called Harp and a Monkey. Unlike his wife, Martin’s son is (as yet) too young to be troubled by this. Like Ian, he is also known to have been persuaded to take small groups on walking tours of the Western Front.